We are all still reeling from the events of last week. Thousands of Americans gathered in Washington to protest the lack of interest being shown by politicians — Republicans, in particular — toward allegations of election fraud in multiple states.

Disturbingly, what began as a largely peaceful protest of thousands saw a portion of the crowd turn aggressive and violent around mid-day. A group of protestors breached the entrances to the United States Capitol, and made their way toward the House and Senate floors. Ashli Babbit, a 35-year old, 14-year Air Force veteran, was shot by the U.S. Capitol Police as the group attempted to enter the House floor. A Capitol police officer who engaged the rioters has passed away, though his cause of death remains unclear. Three other protestors died from medical issues suffered during the event.

As conservatives, we promote law and order as the bedrock of an ordered, democratic society. Violence as a form of protest is acceptable to the left — it should never be acceptable to us.

But while we do not condone it, we should seek to understand what drove thousands of hard-working Americans to spend their own money to get to Washington, DC, to make their views known. As Ben Domenech wrote recently:

There is also the issue of why this was allowed to happen. This protest was advertised; it was well known and the chief of the U.S. Capitol Police has resigned in its wake. Why did D.C. Mayor Muriel Bowser pass on the offer of additional forces that could have kept the protestors at bay?

Then there is the issue of how this happened, which is disputed by the left and the right, and between elements of the right itself. Many blame President Trump for rhetoric that “incited violence.” Yet as former prosecutor Jeffrey Scott Shapiro argued in the Wall Street Journal over the weekend, Trump spoke to what was at the time a peaceful protest, and he encouraged the protestors to act peacefully, saying, “I know that everyone here will soon be marching over to the Capitol building to peacefully and patriotically make your voices heard.”

Then there are the actions of Senators Josh Hawley (R-Mo.), Ted Cruz (R-Texas), and other members of the House and Senate who signaled their intent to force a debate on election integrity by objecting to the certification of the election. Their actions — which are remedies provided to them constitutionally and procedurally — are being painted as violent acts, and the Members of Congress themselves are being held responsible for the violence that followed.

This, and I want to be clear, is complete nonsense. Democrats have objected to certifying electors in 1969, 2000, 2005, and as recently as 2017. At no point were they accused of treason, sedition, or fomenting violence, and for good reason. Members of Congress exercising their procedural and constitutional rights and remedies does not now, and will never, constitute violence.

Regardless, House Speaker Nancy Pelosi has announced the Democratic House will begin impeachment proceedings against President Trump, despite the fact that he will be out of office in less than 10 days. House Democrats are also urging Trump’s cabinet to invoke the 25th amendment and have him removed.

All of this has ushered in one of the greatest crackdowns on free speech and free participation that the right has seen in decades. Within days, President Trump was permanently banned on Twitter, Facebook, Reddit, Twitch, YouTube (owned by Google), Instagram (owned by Facebook), Snapchat, TikTok, Spotify, and Pinterest. The Trump campaign can no longer sell merchandise on Shopify, or process transactions using the processing company Stripe.

Thousands of right-leaning accounts were removed across multiple platforms. Parler, the popular conservative alternative to Twitter, faced a collusive attack from Apple and Google, who removed it from their app stores, and Amazon Web Service, who declared they’d no longer host the website. Parler’s attorneys have reportedly also dumped them as a client.

J.P Morgan and Citibank are re-thinking their political donations — the former to all politicians, the latter just to those who objected to the election certification. Every major corporate brand has denounced the elector objections — including Business Roundtable and some right-leaning think tanks like the Taxpayers Protection Alliance.

This is, frankly, most likely going to get worse. The stampede by the opportunists in Congress, media and corporate America to silence President Trump isn’t really about him, after all he’s leaving office in a matter of days. This is about the millions of Americans that don’t agree with the radical left agenda, about silencing political opposition from conservatives and anyone who ever donned a MAGA hat. They don’t want a debate, they want to punish political opponents using the levers of government, corporations and media. It’s wrong and it’s fundamentally unAmerican.

The left — both politicians and corporations — have been looking for a reason to dismiss conservative viewpoints and individuals from the mechanisms of polite society. The protest-turned-riot gave them the excuse they were looking for to paint us all as violent threats, and marginalize us in the name of public safety. The left owns every lever of cultural power and institutions, and now they have majorities — albeit slim ones — in the House, Senate, and the White House.

We cannot allow them to succeed. Conservative leaders on Capitol Hill and around the country must strongly defend the millions of law-abiding Americans who dare to refuse to submit to the woke liberal mindset.

There are still reasons for optimism. The new Republican freshman class in the House is one of the strongest new groups of conservative leaders in decades — and they give the GOP a good chance of flipping the House in 2022. Republicans still hold the majority of state legislatures, where we should look for strong conservative policy victories in the next several years. And, despite the headwinds we now face, there are conservatives who have no intention of stopping the fight to protect our way of life. We humbly include ourselves in that group.

Two things can be true at the same time: 1) Those who committed the horrible violence and crimes last week should be punished to fullest extent of the law. 2) The wrongful actions of some in no way changes the righteousness of our conservative cause to advance the freedom and prosperity for all Americans.

Despite what is to come, conservatives remain deeply committed to what truly makes us free: a respect for tradition, a loyalty to family, a heart to help our neighbors and those less fortunate, a belief in the virtues and exercises of independent expression, and an abiding faith in a sovereign God. This is what has always carried us, and it will sustain us now.

I will leave you here with one of my favorite passages from Fr. Richard John Neuhaus’s book, American Babylon: Notes of a Christian Exile.

We seek to be faithful in a time not of our choosing but of our testing. We resist the hubris of presuming that it is the definitive time and place of historical promise or tragedy, but it is our time and place. It is a time of many times: a time for dancing, even if to songs of Zion in a foreign land; a time for walking tougher, unintimidated when we seem to be a small and beleaguered band; a time for rejoicing in momentary triumphs, and for defiance in momentary defeats; a time for persistence in reasoned argument, never tiring in proposing to the world a more excellent way.

The Latest from Around the Conservative Movement

America’s mega-corporations, from Big Tech to Big Finance, have shown themselves largely to be on the side of Democrats. As these corporations cement themselves with a new Democratic government, conservatives and Republicans will need to think deeply about how they approach the corporate collusion that has enough power to quash dissent and banish individuals and viewpoints from polite society.

I’ve spent some time thinking and writing about how conservatives should handle this issue, and I’ve linked to some of my essays on it below. 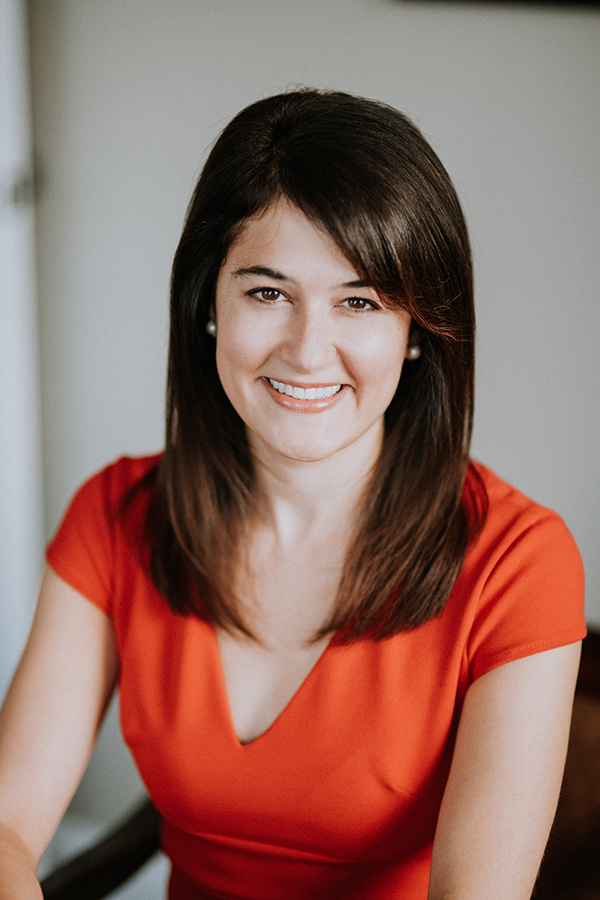