After expressing unhappiness with the size of the $1.3 trillion omnibus spending bill he signed last month, reports indicate that President Trump is working on a package of rescissions to cut some of the spending.

What is a rescission?

A “rescission” is the cancellation or reduction of budget authority (the ability of an agency to spend money for a specific purpose). Under current law, the president may propose rescissions by submitting a message to Congress specifying the amount to be rescinded, the reason why, and the accounts and programs involved.

Here’s an example of what a presidential rescission looks like, submitted by President Clinton in 1998. 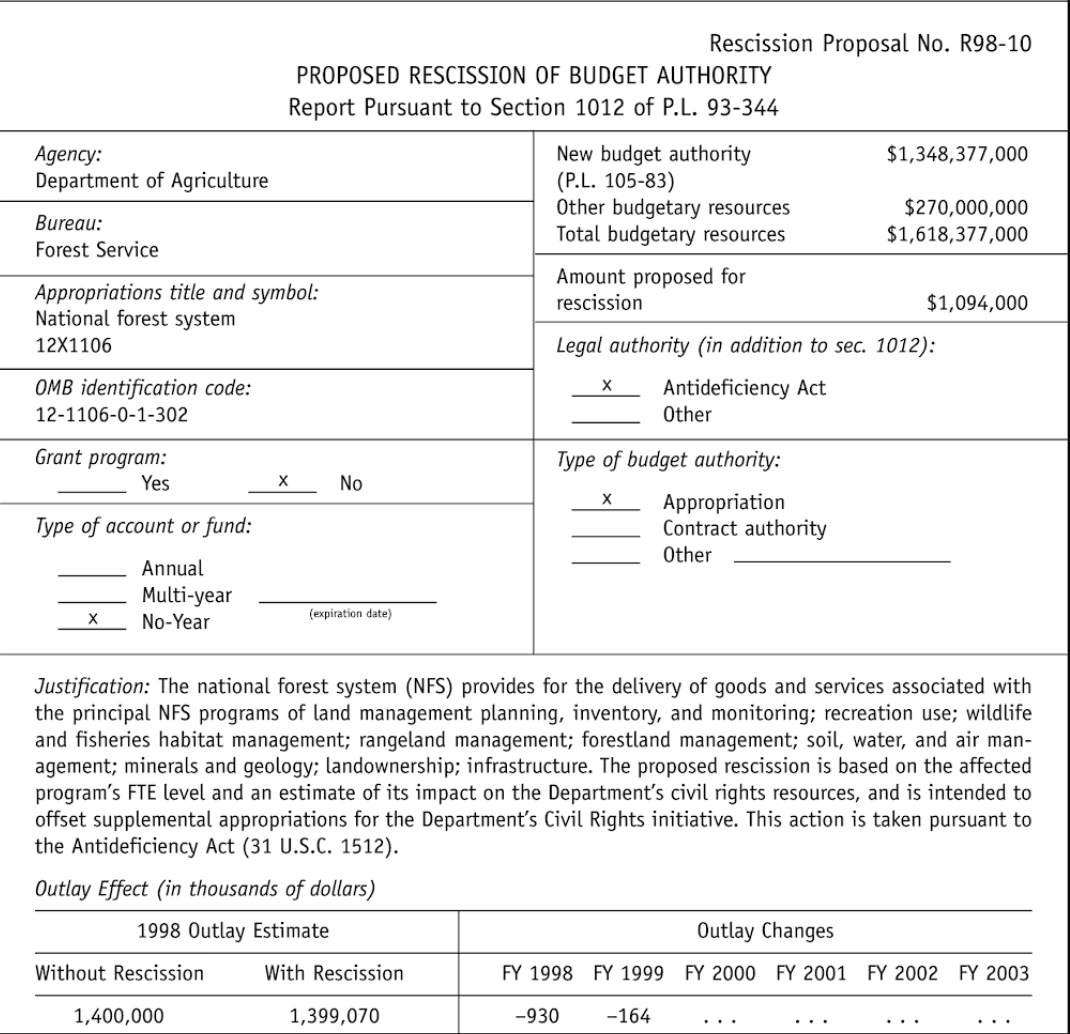 Once Congress receives the message, they have 45 days of continuous session to act, either to rescind all, part, or none of the funds that the president has proposed. If Congress does not act, the president must then spend the money he hoped instead to cut.

President-initiated rescissions hit their peak in fiscal years 1981 and 1982 when Ronald Reagan proposed more than $23 billion in cancellations, and Congress rescinded more than 65 percent of his request. Congress has failed to be as generous since then, approving less than 20 percent of proposed rescissions. According to budget expert Allen Schick, over the past 30 years, presidents have been compelled to spend more than $50 billion of the $76 billion they wanted rescinded.

Procedure for considering rescissions in the House and Senate

The measure is then referred to committee, where it can be discharged if not reported after 25 calendar days.

Rescissions are considered under “privilege” in the House and the Senate, which means they aren’t subject to the normal procedures that can slow things down. In the House, debate is limited to two hours. Amendments can be offered, but must be germane — that is, directly related to the bill.

Under privileged status in the Senate, a rescissions package can be taken up and passed with a majority threshold, instead of the usual 60 votes. Debate is limited to 10 hours, although amendments and other motions can still be debated after the 10 hours with consent. All amendments must be germane.

What if the House and Senate pass different bills?

If the chambers pass an identical bill, then it is sent to the president for his signature. However, if either chamber changes the bill that is sent to it, leadership can appoint a conference committee composed of Senators and House members to resolve the differences.  Debate on the conference report is limited to two hours.

Should the House and Senate instead consider amendments between the chambers, debate on these amendments is limited to 30 minutes on each amendment.

Historical use of rescissions

The below table demonstrates a history of presidents using rescission authority, and how Congress has chosen to reply. 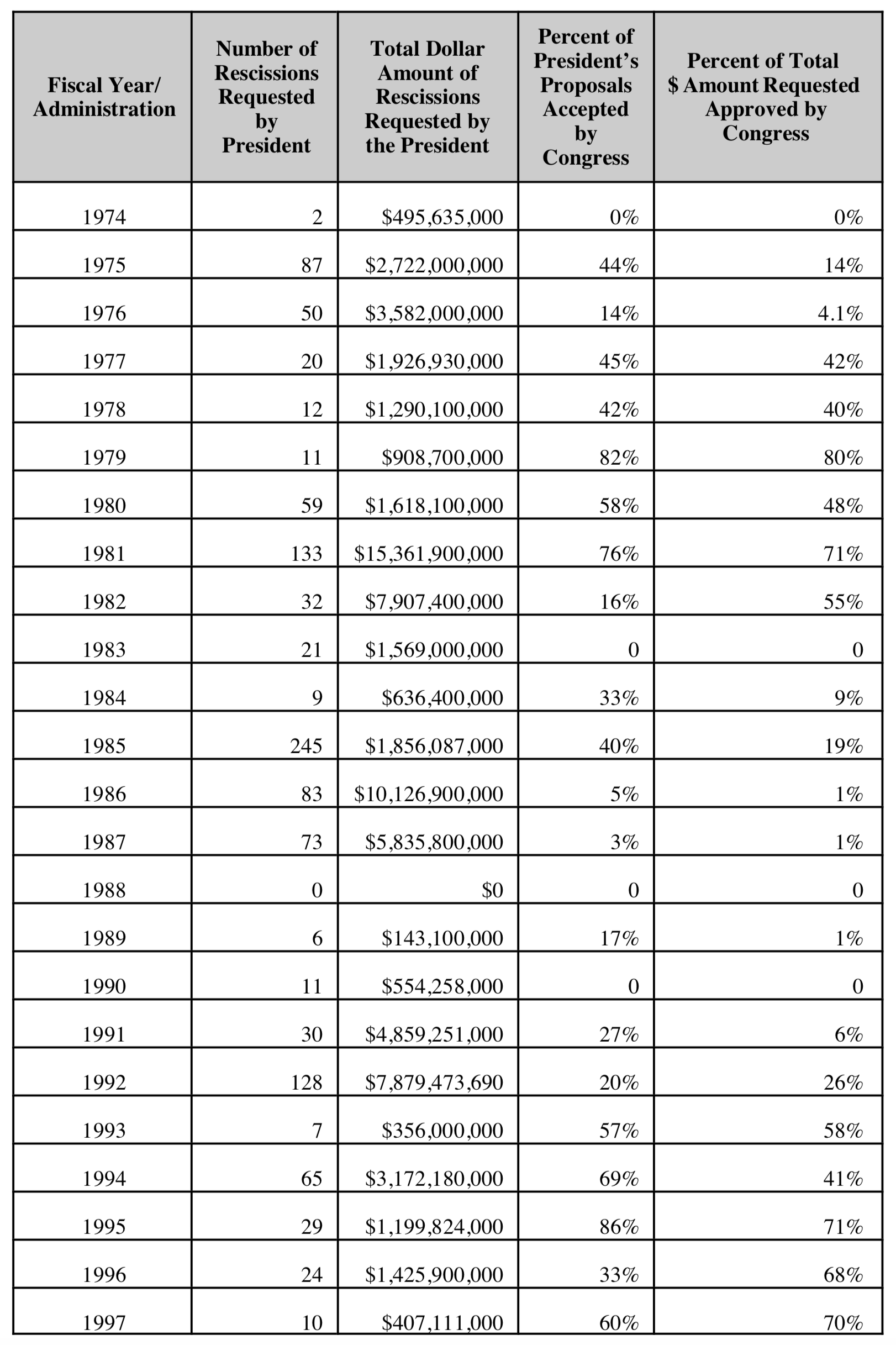 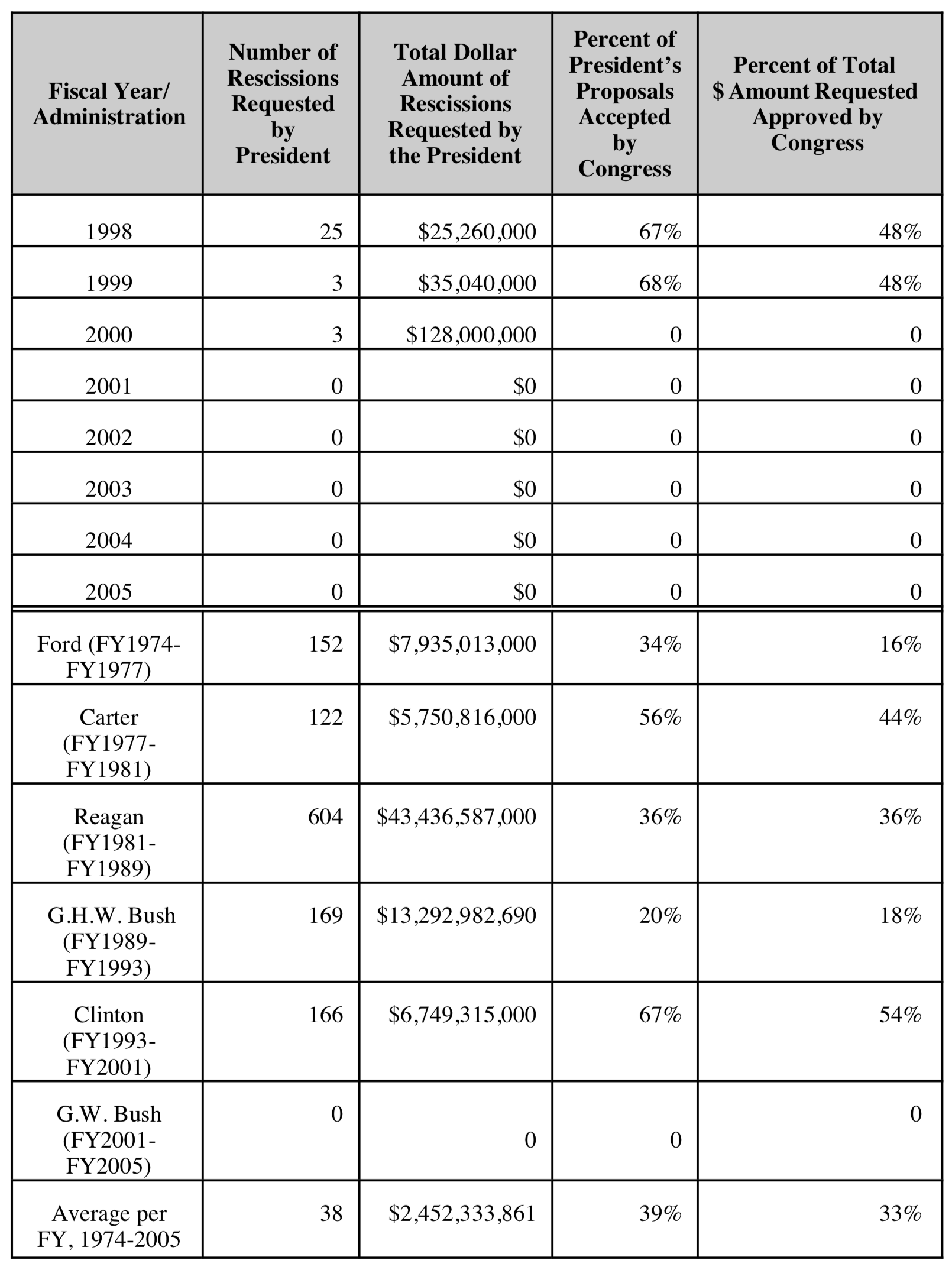